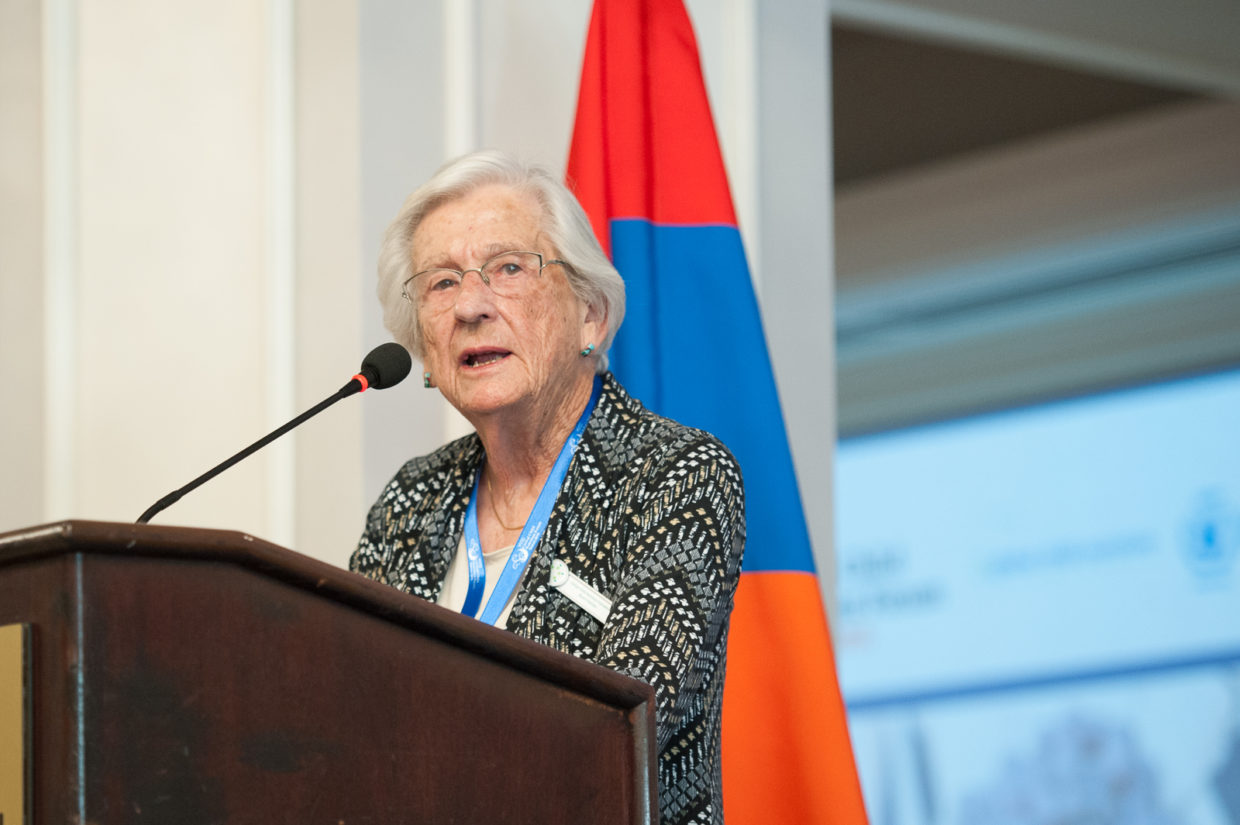 (Lois) Gene White, MS, SNS, passed away peacefully in Oak Harbor, Washington on June 23, just six months shy of her 100th birthday. Born tiny and sickly on December 23, 1921,  in Pitsburg, Ohio to Merlin and Olive Sando. Gene’s mother, a nurse, improvised an incubator in the warming oven of a wood-burning stove. Gene survived, and survived spectacularly–to become a global leader in school nutrition.

Gene often referred to the life lessons she learned from her mother about caring for others, and from her father, a teacher, about the value of a good education. Gene graduated from Milton-Union High School in 1939; received her undergraduate degree in Food and Nutrition from Miami University in Ohio and a Master’s Degree in Nutrition from Ohio State University. While at Ohio State, Gene met Wiliam C. “Bill” White; they were married in 1952.

Following graduation, Gene worked for two years in food service for a large psychiatric hospital in Ohio before moving into the school food services field. She lived and worked in California for over 20 years. Gene served as the Director of School Food and Nutrition Programs for the Sierra Sands Unified School District in Ridgecrest, California. Then in the 1980’s she served as Assistant Superintendent and Director of Child Nutrition Programs for the California State Department of Education. In this role she was responsible for federal and state programs that served daily meals to over 2.5 million children.  Gene served as the president of the California School Nutrition Association and was a longtime member and a past president of the American Schools Food Service Association (now the School Nutrition Association).

While Gene was working in the Ridgecrest/China Lake District, she saw a newspaper advertisement from the US Agency for International Development for volunteers to go to developing countries to assist with building nutrition programs. Gene signed up and was sent to Tunisia. As she prepared to spend her first day visiting a remote village, she stopped at a small shop and bought a box of animal crackers. When she arrived in the little Saharan village, she was met by a swarm of poor, hungry children. Gene learned that poverty and hunger were so chronic in this village that the expected life span was only 35 years. She carefully broke the crackers into pieces so she could give a small offering to as many children as possible.

This experience touched her deeply and changed the trajectory of the rest of her long life. Gene understood that by feeding children at school with locally produced food, the whole community can benefit—both in the short term, and for generations to come.

When severe reductions to the American school feeding programs were threatened in Congress in 1995, Gene traveled to Washington, DC and spent six months providing testimony and tirelessly advocating for this essential program, alongside Senator George McGovern and others.

In the late 1990s, Gene was instrumental in establishing an annual Global Child Nutrition Forum, which over time became the largest annual conference in the world focused on school meal programs, hosting as many as 650 government, non-profit, private sector, and academic leaders in a different country each year. She quickly developed “rock star” status with Forum attendees, and attended each Forum for 19 years, until her health began to wane in 2018.

With former Senator, presidential candidate, and Ambassador George McGovern, School Nutrition Association leaders, and others, Gene was a founder of the Global Child Nutrition Foundation (GCNF) in 2006. GCNF hosts the Forum each year and works with government leaders and a diverse network of partners around the world to deliver sustainable and nutritious school meal programs that give every child the opportunity to learn and thrive. GCNF also provides technical assistance and training, and conducts a periodic Global Survey of School Meal Programs ©. Gene led GCNF and provided advice to programs around the world (including programs in Tunisia, Paraguay, and China) until 2018.

Gene was preceded in death by her parents and her two brothers, and by her husband Bill (in 2011); she leaves behind nieces and nephews, and legions of friends and fans.

For more information, to review the notes of condolence and fond remembrances that have been coming in from around the world as the word of her passing spreads among her global fan base, please use the links below. 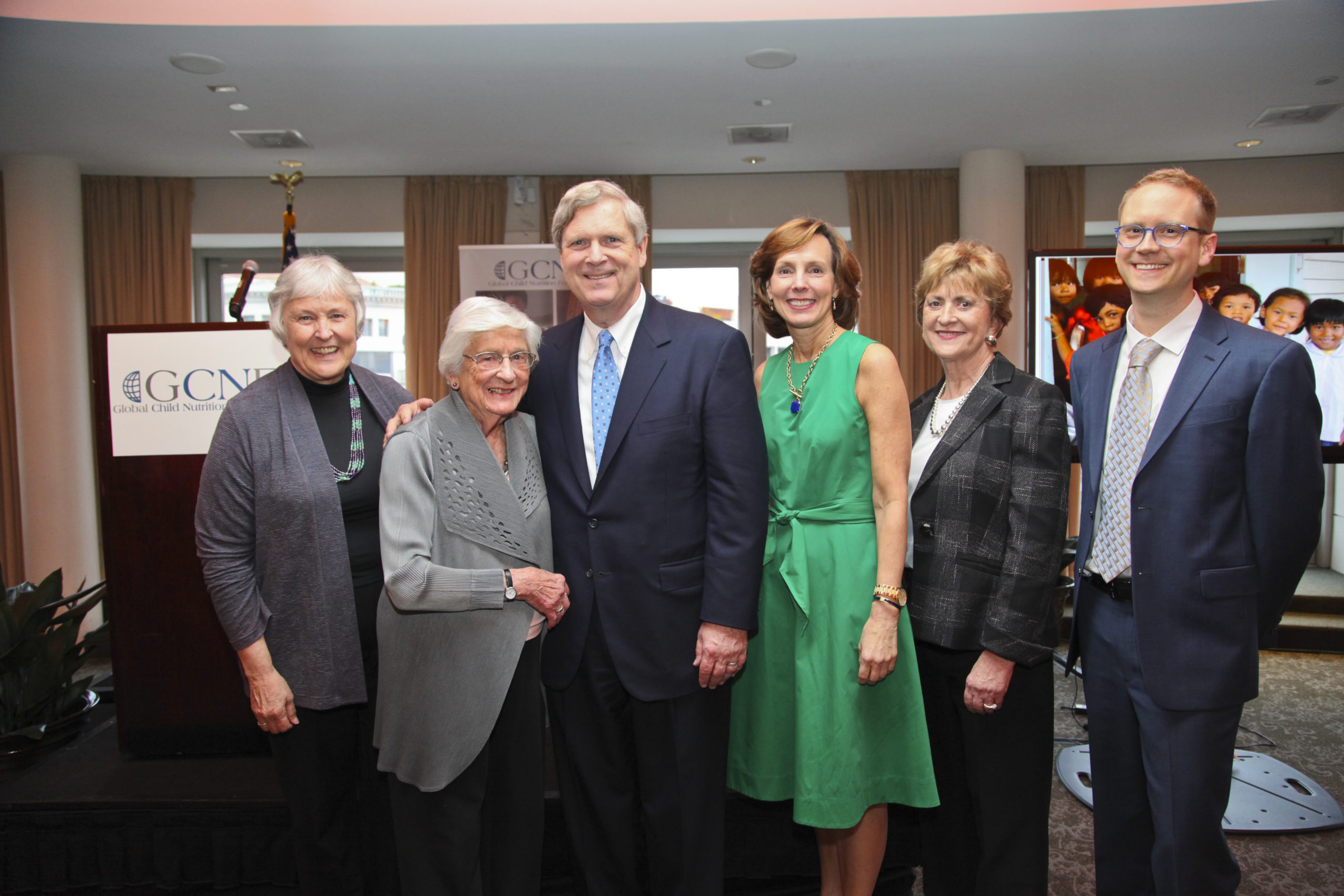 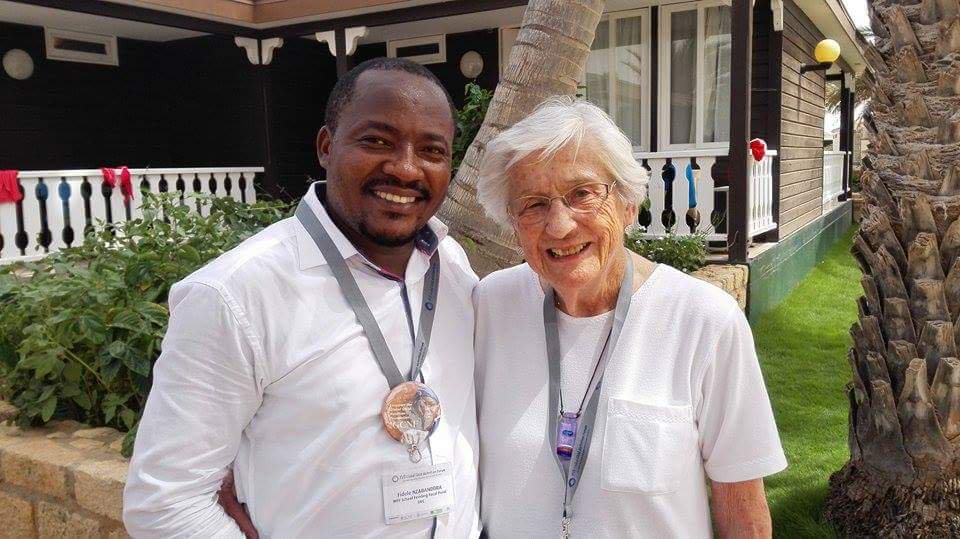 Gene White touched the lives of countless individuals around the world. If you would like to send a message in tribute of Gene, please use this form. All messages will be shared with Gene’s family and loved ones.

Donations in honor of Gene’s extraordinary legacy can be made to the
Global Child Nutrition Foundation, PO Box 99435, Seattle, WA 98139-0435
or via the GCNF website: gcnf.org/give